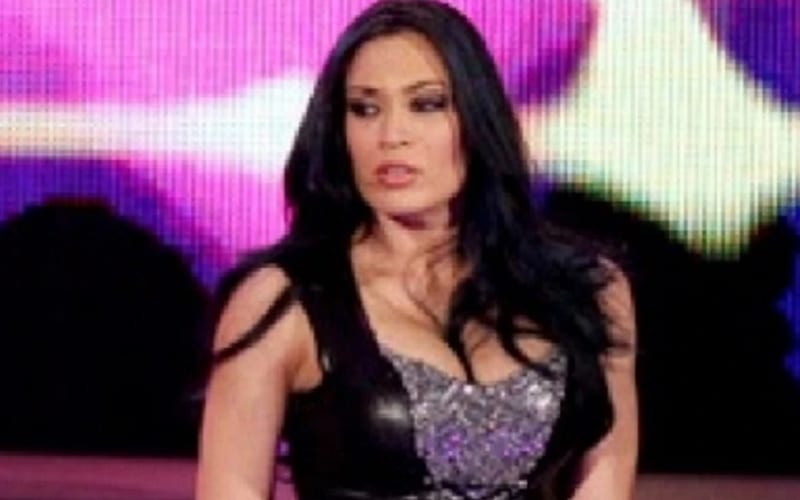 The pro wrestling world can be very hard to break into. It can also leave a lasting impression after someone’s time in the industry is over. Former WWE Superstar Melina understands that all too well.

While speaking with Instinct Culture, Melina discussed some of the experiences she had after WWE and how fans hated her.

Melina wanted to take part in charity events, but as a heel she wasn’t allowed to do such things. She compared her feeling to wanting to be a doctor when she was a child, but then finding out that she wasn’t doing anything right.

“From the experience I had then, I thought ‘Oh, my god everyone hates me,’ the depression happened more so because when I was a little kid I wanted to be a doctor, my heart was like I want to save the world, I want to help people…but when I felt like nothing I was doing was right, that’s the way I felt, I thought everybody hated me, that I wasn’t touching people lives, I wasn’t making a difference in this world. I wanted to be a part of charities, when I saw people doing all the charity stuff in WWE, I wanted to be a part of that but because I was a heel I couldn’t so it felt like I wasn’t doing anything.”

“Years after when I started doing appearances everybody started telling me about how I touched their life… and the stories I would hear were more about the strength that she {Melina character} had, the ability to stand up for what she believes in as well as the fashion and what not. It was just amazing and beautiful to see that. I thought okay, higher power God, whatever is out there, thank you for this because this is what I needed to know, what I needed to hear. Because when I got that championship I didn’t believe I was supposed{to have it}, I didn’t want it, I didn’t want it. It’s like I didn’t pay my dues yet, I didn’t have matches I wanted to yet, I am not on the level I believe I should be to have this honor. And then when they gave it to me anyway, I thought, I don’t deserve it but I am gonna fight and work my hardest to be able to live up to this standard.”

WWE Superstars get to take part in charity events whether they are heel or babyfaces now. The times are much different than they were in Melina’s day.

She worked hard to leave a lasting impression. She might not get her credit for it, but Melina still blazed a trail for many women to follow.