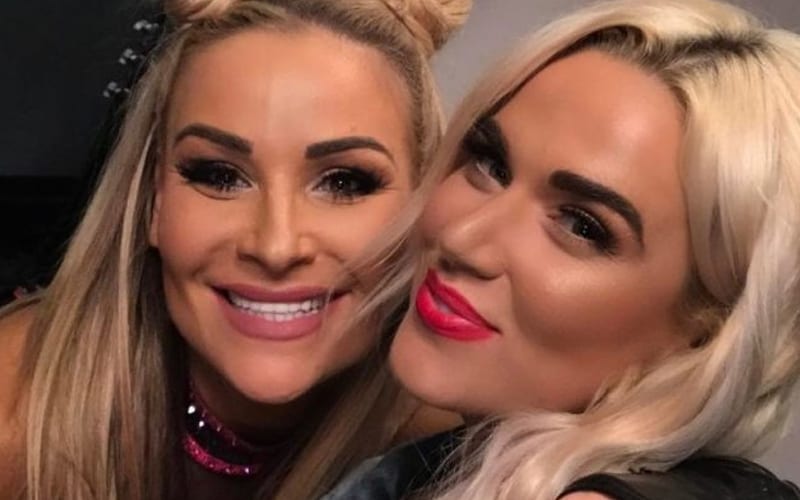 Lana works hard at being a WWE Superstar and that includes everything that goes with it. She might not get a chance to wrestle much, but she apparently has skills that Natalya is impressed with.

Alicia Atout recently spoke with Natalya where Lana came up in the conversation. Nattie praised Lana’s ability and she also said that people don’t understand how good Lana is, especially in the ring.

It might take a bit of time for Lana to get her “sea legs,” but once that happens people will realize how great the Ravishing Russian truly is.

“And I feel like people don’t understand how good Lana actually is, especially in the ring. You’ve only seen a little bit of what she can do because she’s been a manager for so long. I truly think that once Lana gets her sea legs and people can actually see her compete in the ring, I actually feel like we’re gonna be tag team champions. I feel like we can take on Sasha [Banks] and Bayley for the Women’s Tag Team Championships and I think Lana is, and I’m gonna stand by this. I think she’s one of the greatest, untapped female talents in WWE that you haven’t even seen that in-ring side of her.”

Lana and Natalya were paired up in a duo on Raw, but their union was disbanded as neither was seen on television for weeks.

The company hasn’t revealed why they’re absent, but it is reportedly for COVID-19 related reasons. Neither WWE Superstar has been reported to have tested positive for coronavirus.