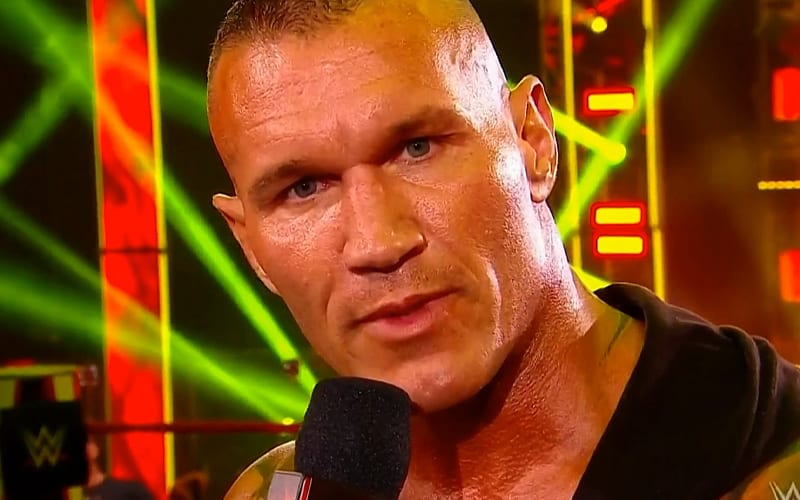 WWE Raw kicked off with a big message from Randy Orton. He wants what he wants, and he wants it at SummerSlam.

Randy Orton came out on Raw this week and he put himself over in a big way. He boasted his accomplishments and said The Rock and Steve Austin can’t hold a candle to his accolades. Then he said something is missing, but he can’t quite put his finger on it.

He figured out what he was missing. He wants to become WWE Champion again. Then he brought up Drew McIntyre and he told the King Of Claymore Country’s story. Randy Orton said that Drew McIntyre has a problem because he has what Orton wants: the WWE Title.

Orton said he wants a WWE Championship match at SummerSlam. He then said that McIntyre won’t see the RKO coming that wins him the WWE Title.

McIntyre did not answer Orton’s challenge directly after the segment.