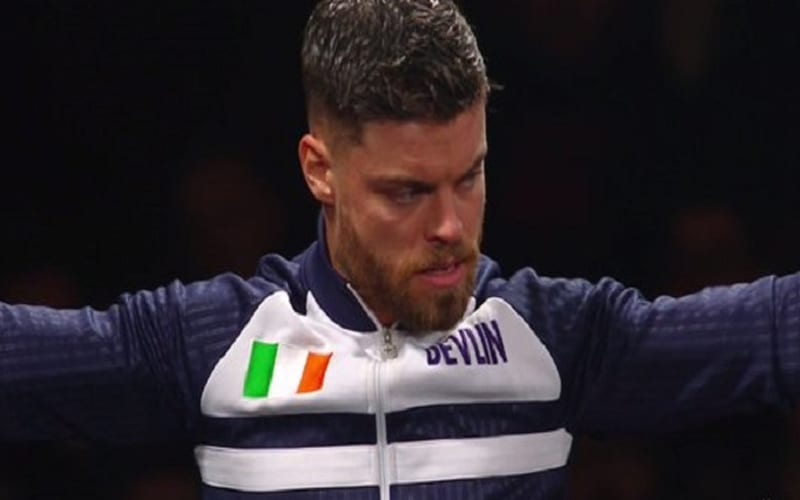 The #SpeakingOut movement continues. Jordan Devlin responded to allegations against them. He outright denied they were true, but that’s not the end of the story.

Jordan Devlin denied allegations of sexual misconduct. He also fired shots at his accuser for acting out of malice and having a personal agenda.

The recent allegation made against me is completely and utterly false and I deny it entirely. This is a case of a malicious personal agenda being executed against me on the back of a very brave telling of true experiences by other women. I completely denounce it.

Hope Brookes responded to the story Ringside News wrote on Jordan Devlin’s announcement. She cited more allegations and details while continuing to argue that Jordan Devlin’s denial is bogus.

Yeah but they aren’t are they Jordan, like how you were seeing me for months, then got back with your ex, blanked me, then came back and cheated on her with me and 30+ girls, bullied me to all your friends and workers when you were the f*cking asshole.

Brookes then contacted Ringside News with her own personal account about her dealings with Devlin. We must warn you that there is some explicit detailed content in the testimonial she exclusively provided to us.

Yes it’s for real, I was seeing Devlin for months, everyone knew that, they just thought I was crazy because of how we ended but he literally just decided one day to go back to his ex, blocked me, then 2 weeks later slept with me then told everyone I was after him. He got on the same flight as me to the royal rumble in AZ, he came and sat in the spare seat next to me, he kissed me and fingered me on that plane, I have a photo of me and him on the plane. Then we had sex again, he made out like we were friends but he loved his gf but sex was for everyone. He never spoke to me after that, blocked me on insta and Twitter.

Jordan Devlin said that he wasn’t going to address these allegations in the first place. Then he proceeded to deny everything that was said about him. We have to wonder how long he can keep denying that he knows Hope Brookes.

Jordan Devlin is stuck in the UK which is the reason NXT needed to figure a new Cruiserweight Champion. It’s unclear when WWE will bring back any UK talent. The company also called off NXT UK’s next set of television tapings.