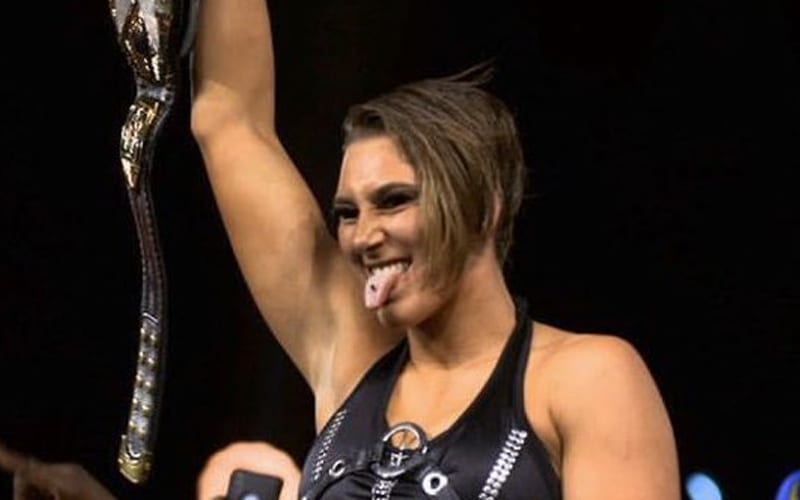 Rhea Ripley and Charlotte Flair went to war at WrestleMania 36, but Ripley was unable to defeat The Queen. After losing her title, there were reports that Rhea Ripley needed to go back to Australia, but she wasn’t able to leave due to COVID-19.

While speaking to metro.uk, Rhea Ripley addressed her visa issues. She was set to go back to Australia, but that had to be nixed. Since she couldn’t travel back, Ripley had to figure out how to renew her visa without leaving the United States.

“Yes, I had to do my visa but now i’m having to do it here because there’s no flights. I can’t get to Australia, and then if I was there I couldn’t get back out… I had people from work calling me like, ‘Are you in Australia right now?’ I’m like, ‘No, I’m not an idiot! No!’”

Ripley then squashed the rumor that she dropped the NXT Women’s Title due to this visa issue. It is something she simply laughed off.

“I sort of just laugh it off. Social media can be very negative at times. If this had been going round when I wasn’t as mentally strong as I am now, I would’ve taken it a completely different way and things wouldn’t have been as good… It’s quite funny seeing people saying that I lost because I had to go back to Australia.”

Rhea Ripley will have another opportunity to capture the NXT Women’s Title at TakeOver: In Your House. She will need to topple both Charlotte Flair and Io Shirai in order to start her second NXT Women’s Title reign.