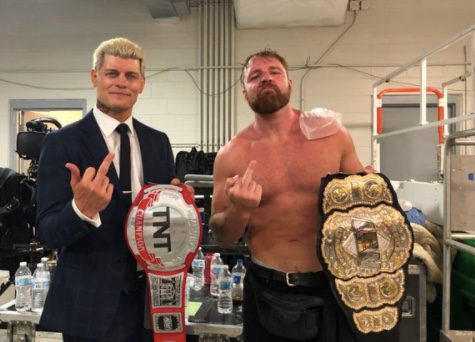 When Jon Moxley first joined All Elite Wrestling, he took a defiant “middle finger” picture alongside Cody Rhodes that circulated across the world of professional wrestling.

Now, around one year later, both men are riding high at the top of their game in AEW.

Moxley still holds the AEW World Championship after successfully defending the belt against Brodie Lee last night, whereas Cody defeated Lance Archer to be the first man to win the TNT Championship.

Moxley and Rhodes are destined to square off down the road, in the eyes of many, but for the time being, they’re both going to enjoy their respective tenures as champion.

Even a small snippet like this serves as undeniable proof that even though leaving WWE can be viewed as a risk for some people, that risk is more than worth the reward if you can continue to thrive in another promotion.