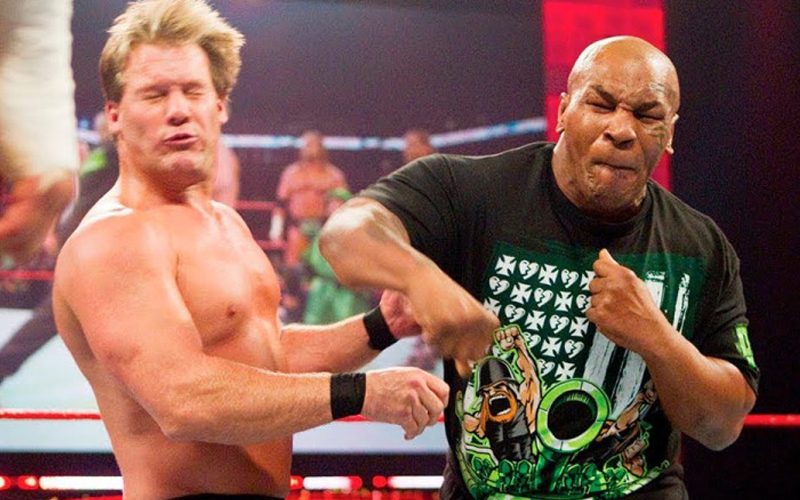 Mike Tyson is looking good and he could knock someone out at AEW Double Or Nothing. They are bringing Iron Mike in to present a new title, but he could always throw a right hook.

During Dynamite, Tony Schiavone and Jim Ross mentioned how Tyson has been getting back in the ring. Schiavone put over Tyson’s hammer-like punch even though he’s supposedly just handing over a title on Saturday.

During Wrestling Observer Radio, they backed up our assumptions. It seems like AEW is dropping clues that Iron Mike might knock someone out, but it’s not clear who. They said that Tyson is coming and ready to fight.

Lance Archer and Cody Rhodes are in the match that Tyson is a part of. AEW doesn’t need to have either of them taking a punch and looking weak. Jake Roberts and Arn Anderson will be around as well, but they’re too old to sell a punch from Tyson, at least they shouldn’t be doing that. Both of them probably would if asked.

MJF is always going to be in the conversation when it comes to a heel taking a punch from a celeb guest. He’s already in a match against Jungle Boy, but anything is possible.

Let’s also not forget that Chris Jericho has sold a punch for Tyson as well. Check out the old DX clip below for that footage. Sammy Guevara might also take a punch from Tyson like a champ.

AEW has a couple of lower card heels they could bring out to take a punch. We’ll have to see if anyone has a glass jaw at Double Or Nothing.