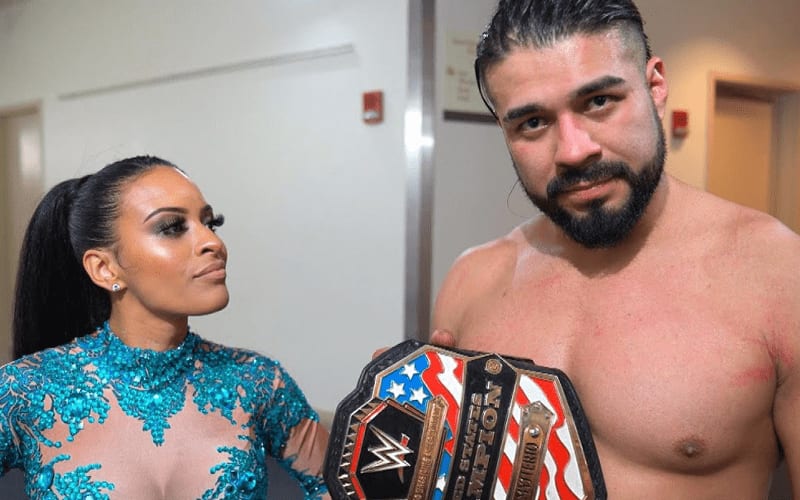 You never know what can happen in WWE. You also don’t know who you can trust. It seems like Austin Theory is getting very friendly with Andrade’s United States Title.

Theory might not be long for Zelina Vega’s stable of clients. WWE reportedly had short-term plans for him only. He recently posed with the US Title while Andrade was distracted. Theory asked “What’s up?” in Spanish to make the dig count on a bilingual level.

We’ll have to see if this results in more friction between Austin Theory and his stablemates. He has a lot of potential and is only getting started in WWE. He obviously has big goals and wants to get started immediately.

Do you think Austin Theory is a future WWE Champion? Sound off in the comments below!