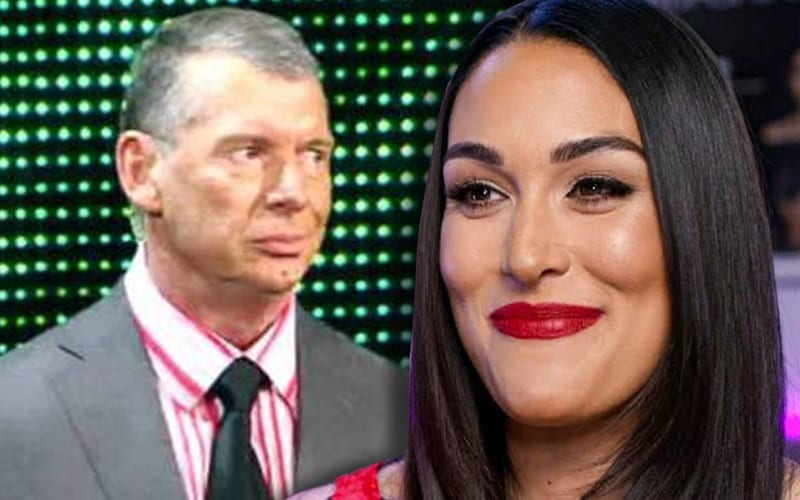 Vince McMahon is a very complicated individual driven by his own success. There are also many stories about his name. The Bella Twins had a lot of experience with McMahon, but they have mostly good things to say.

During an interview with Busted Open Radio, Brie Bella discussed being able to approach Vince McMahon. He has yelled at the Bella Twins in the past, but she described conversations with Vince McMahon as gentle.

“But the thing you did feel from Vince is that he appreciates when you do come in with either ideas or to pick his brain, and Nicole and I were the girls, sometimes you’d see us right outside the door, and you’d have to wait for sometimes an hour and be like, ‘Oh gosh, I’m so embarrassed.'”

“But every time we sat down with Vince it was always a gentle conversation. I mean, he definitely yelled at us a couple of times in ‘Gorilla [Position]’ and that was scary, but to actually sit down and we always walked out of there either understanding our story or the bigger picture, or just changing something in a way that we all were kind of like, ‘Oh, you’re right. Maybe it should go this way.'”

The Bella Twins are not appearing weekly on WWE television as they once did. They obviously had times with McMahon that weren’t 100% pleasant, but at least he was gentle with them in those creative meetings to make sure that they understood what was expected of them.