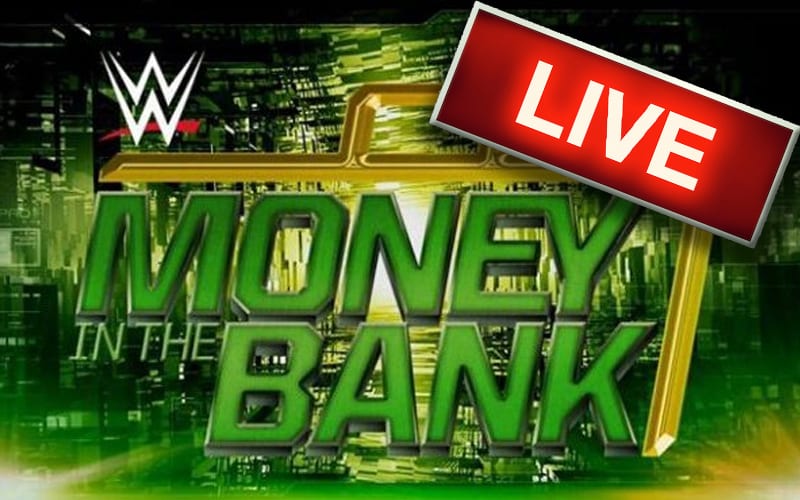 WWE Money In The Bank is this Sunday, and it will be a much different presentation than fans are used to. Two Money In The Bank ladder matches are taking place at the same time inside and on top of WWE Headquarters in Stamford. The rest of the event is not pre-recorded.

The Money In The Bank ladder matches were filmed weeks ago. That gave WWE plenty of time to cut everything together. Mike Johnson noted on PW Insider Elite audio that the remaining matches will take place live from the WWE Performance Center.

“Will it be live? Will it be taped? The answer is: both. All of the material related to the Money In The Bank ladder matches, the men’s match and the women’s match which will take place at the same time has been filmed. That material, everyone battling throughout Titan Tower all up on the roof — all of that filmed.”

“Everything else that you’re going to see on the show that will take place from the WWE Performance Center will be live on pay-per-view as it happens.”

Stamford footage was pre-taped, but there was really no other way WWE could have done a match like that. It will be chaos and there’s no telling what WWE HQ will look like when everything’s said and done.

The company will film RAW on May 11th, the day after Money In The Bank. They will lay down an additional episode for the following week as well.

Who is your pick to win Money In The Bank this year? Sound off in the comments below!