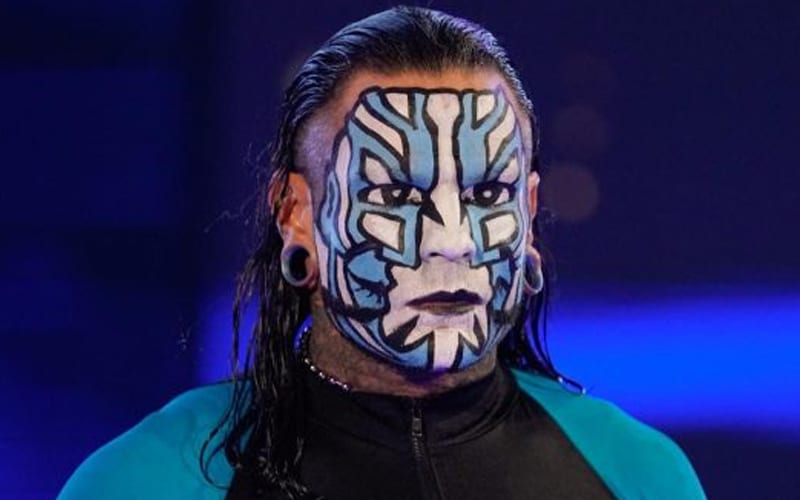 Jeff Hardy experienced a transformation in his personal life that started the day he told WWE that he needed rehab. This started a growth in his career that will soon be seen on television as well. Hardy knows he doesn’t have a ton of time left in the ring, but he wants to make it count.

The Charismatic Enigma entertained millions throughout his career. It all started with Brock Lesnar squashing him and as he revealed on After The Bell that is exactly where Hardy wouldn’t mind leaving things.

“One thing I forgot, I think I was gonna mention this a little bit ago when I did WWE Backstage up in LA. They asked me about Brock Lesnar and I totally forgot I was this first [pay-per-view] match in WWE. I totally forgot about that so maybe, yeah, there’s one more thing I would love to do you know? Get my ass kicked by him again, maybe? He’s just intimidating and insanely gifted. To be as successful as he was in the MMA world? It’s just amazing. So yeah that’d be interesting, then maybe, maybe that can be my last match?”

It might be a fitting bookend for Jeff Hardy’s career if Brock Lesnar can retire him. Lesnar certainly has the ability to tear someone apart if they so choose.

Who would you book Jeff Hardy against in his final WWE match? Sound off in the comments below!