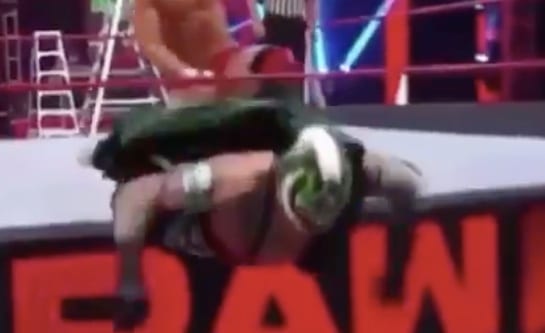 While there are a whole lot of negatives associated with WWE having to produce RAW and SmackDown at the Performance Center, there are actually quite a few positives that are starting to come out of it, too.

Zelina Vega’s stable of Andrade, Angel Garza and Austin Theory really seems to be coming into its own, and hopefully, that trend will continue once we’re back to our regularly scheduled programming.

During an interaction with Rey Mysterio on RAW recently, Garza also proved why he’s so unintentionally perfect right now.

As you can imagine, Hurricane Helms was thrilled with this development.

Garza may not have been the conventional idea of someone who would become a top star in WWE at the start of the year, and yet, here we are. He is defying the expectations of the masses, and he’s doing so in style.

What’s next for him? Hopefully, a sustained main event push.