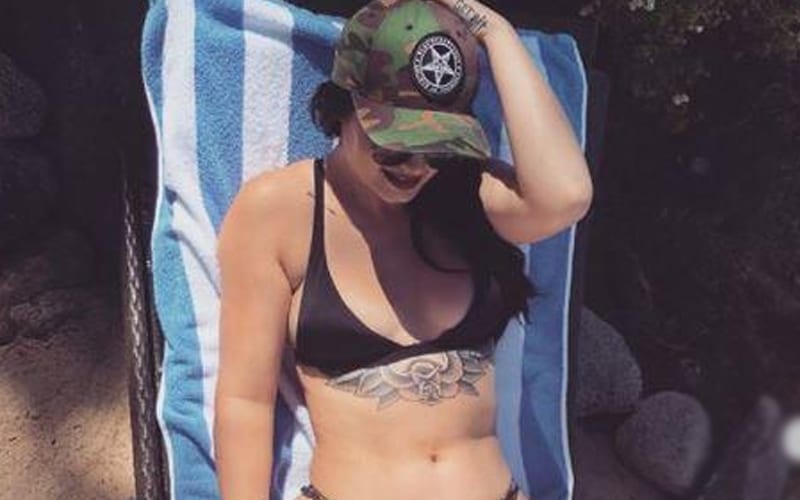 Paige is making the most of her time in isolation. She’s trying to catch some sun, but her pale skin determined that she should burn herself instead of tan.

The first-ever NXT Women’s Champion tweeted out that she’s been laying out and catching some sun during her time off. The bad part is that she ended up burning her buns.

Boredom has led me to laying out in the sun twice this week. Burnt my ass so.. it’s going well.

One fan tweeted out saying: “Use sunscreen next time. Hope the sunburn isn’t too bad.” Paige said her boyfriend Ronnie Radke has been trying to tell her to wear sunblock, but it never works for her.

Rhia O’Reilly tweeted out asking Paige if her new burn could be compared to another she should remember from Shimmer. “As bad as the sunburn that time before Shimmer?”

Hopefully, Paige can get some aloe and take care of that sunburnt keister while she still has some time to wait out her isolation.