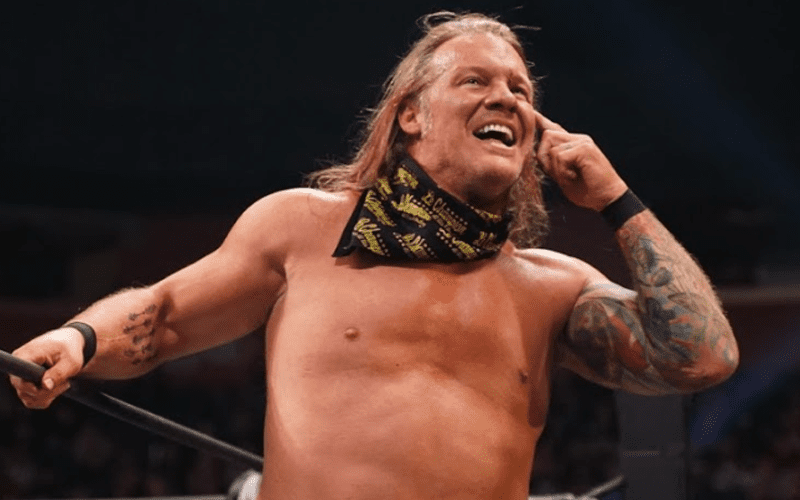 While Chris Jericho may be on one of the best runs of his career in All Elite Wrestling, that doesn’t erase the work he’s done in the past.

His latest tenure with WWE was universally praised, with Y2J reinventing himself in a manner that only he can. Fans continue to send memes and gifs in his direction on a daily basis, but in addition to that, they also send criticism.

When a fan questioned WWE’s decision to put Jericho over AJ Styles back at WrestleMania 32, the inaugural AEW Champion felt the need to respond.

This entertaining clash served as one of the best matches of the night in Dallas, but even with that being the case, the decision still seems a bit odd four years later.

While Jericho going back at trolls never gets old, it’s the use of ‘dumb idiot’ that really got a pop out of us.

Many think he’ll eventually return to WWE one day for one final run, but at this stage, Chris is as unpredictable as he’s ever been.