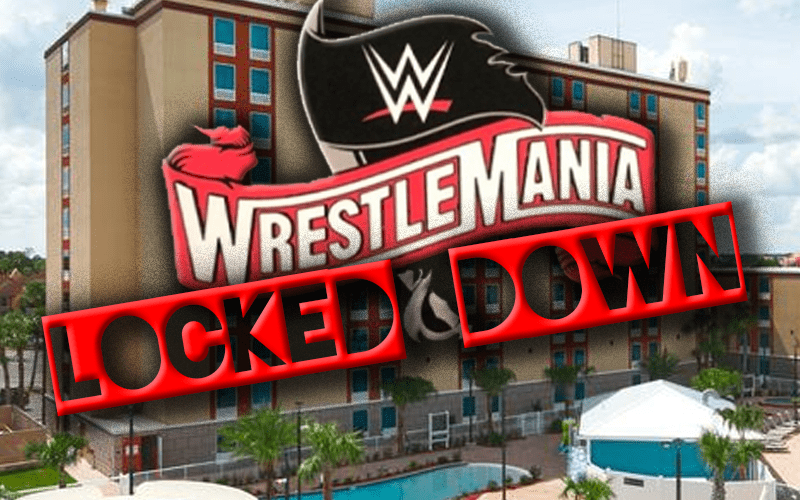 WWE wants to make sure that WrestleMania plans don’t get messed with any more. They are planning for Mania to be recorded this week. Click here for the full schedule. The company is also aware that anything can happen.

The company generally reserves a bunch of rooms at a hotel for WrestleMania weekend. They like to have their Superstars in one place. Now that is essential.

PW Insider reports that WWE has sequestered all Superstars involved in WrestleMania in one hotel. Production meetings took place in the hotel’s conference room.

We are told WWE has everyone in town for the Performance Center tapings locked down at one hotel they have completely taken over with morning production meetings in a conference room.

The COVID-19 situation is very tricky. WWE is lucky that they were able to figure out the WrestleMania plans that they called on the fly. Hopefully, there won’t be any unforeseen circumstances to further risk the 36th annual show of shows.