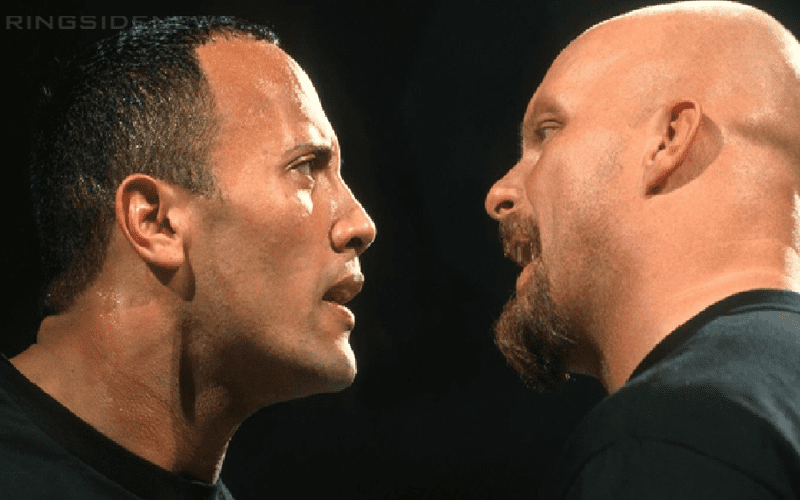 During these uncertain times, it’s always reassuring to go back and watch moments from years gone by to remember just how great of a distraction professional wrestling can be.

That was especially true during the Attitude Era, with the likes of The Rock and Stone Cold Steve Austin running the show in WWE for years.

In order to help pass the time during quarantine for a lot of fans, Dwayne Johnson himself decided to give his own thoughts on one segment the two men shared: the beer truck.

A great era & time in the world of pro wrestling @wwe
A lil’ “inside baseball” for you..
check out the vid and you’ll see me adjusting my cadence of shit talking while @steveaustinBSR fusses with beer hose, cos I wanted him to spray me juuust as I said “your candy ass”

While he may be one of the biggest Hollywood stars in recent memory, The Rock always takes the time to look back at where he came from – especially now that his daughter is a member of the Performance Center family.

It’s going to be a while before we see either man back in a WWE ring again, so perhaps heading onto the WWE Network and reliving their best moments is the best thing we can all do right now.