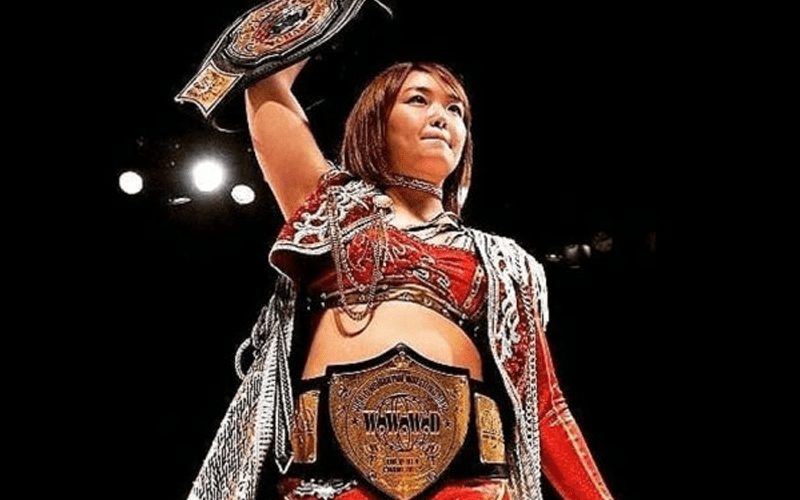 Sareee is coming to WWE. She wrapped up her time in Japan, but now she is waiting for her time to make the trip. At this moment, she might be waiting for a

While discussing her move to WWE on her YouTube channel, Sareee revealed that she wants to change her name to Sari in WWE. She discussed Kairi Sane’s name change and how effective it was.

“My real first name is Sari. When I debuted in Japan, Kyoko Inoue liked the band named Greeeen, so she mixed the idea of Sareee with three E’s. I’m thinking now, I’d like to [wrestle] in the states using my real name Sari. For example, Kairi’s name, Kairi Sane, has so much impact, and I think that’s a terrific name. I’ll be joining the WWE family, so I’m sure Triple H will give me a new wonderful last name.”

WWE will often change a Superstar’s name once they jump to the company. It seems like Sareee is already prepared for that. We’ll just have to see if WWE likes the idea for her new name.