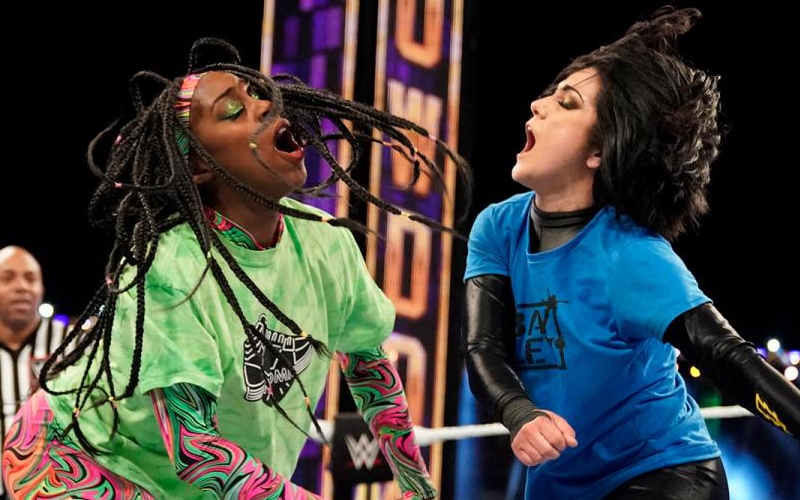 Natalya and Lacey Evans will forever hold the distinction of being the first women to wrestle in a WWE match in Saudi Arabia. Bayley and Naomi returned on WWE’s next trip and made more history.

Bayley defeated Naomi in Saudi Arabia in the country’s first-ever WWE Women’s Title match. As she spoke to Chasing Glory, Naomi revealed that she wasn’t sure about performing. She had reservations, but she is glad that everything happened.

“I was really happy that I got to talk to Natalya about going, because I had my own perceptions and reservations about going, like personal reasons. Like, who I am as a woman and a person, especially with what I stand for and believe in – I had some reservations about it. I talked to Nattie, and after hearing about her experience, I realized that me going was a way bigger impact than me not going… I knew I needed to go, and I’m so happy that I went.”

Naomi and the rest of WWE’s women’s roster are prepared to make even more history in Saudi Arabia. There is a lot of work to be done socially, and the idea is that continuing to present a positive influence for women’s athletics will encourage further positive change.