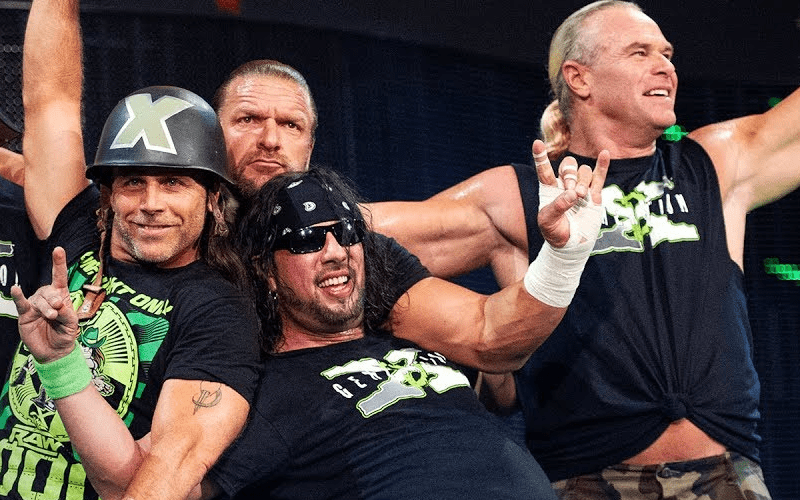 DX are WWE Hall Of Famers and they excited millions of fans around the world during their run in the company. This wasn’t just limited to the ring.

While speaking to AEW Unrestricted, Billy Gunn talked about the good old days in DX. He said that women would flash them in the street. They would do it because D-Generation X asked them to.

“We would walk around downtown New York, and get girls to take their tops off, just because we could. We would do silly things like that, but it was more just to see if we could do it. And they would look and go, ‘Sure.’ And you go, ‘What the, what are we doing right now?’”

There is some footage of women flashing DX during WWE events. The company released some of that footage in a VHS back in the day.

It might be a part of history that WWE doesn’t want to shine too much of a spotlight on, but flashing DX was a frequent occurrence during their time in WWE.