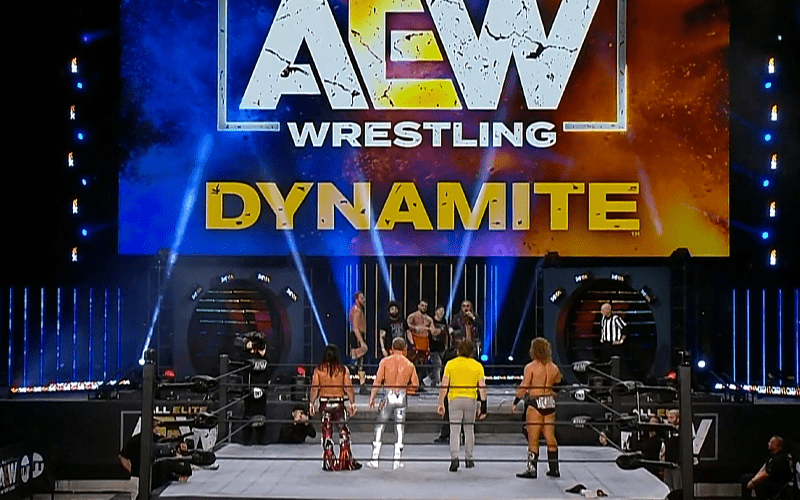 AEW is continuing with Dynamite every week until further notice. They will perform the show in front of zero fans. To add even more heat on himself, Chris Jericho even decreed at the end of Dynamite that no fans will be allowed back to AEW events until he says so.

The company was able to run a closed-set at Daily’s Place. It was very lucky that they had this venue to use. The CDC recommended all gatherings over 50 people be cancelled and TNT wanted to make sure that AEW followed this recommendation.

The Wrestling Observer Newsletter noted that AEW did everything they could to keep with TNT’s order that no more than 50 people be on the set at any given time. This included loading the arena in phases.

AEW ran with a light crew. The crew left the building after load-in before the wrestlers were allowed to enter the building. They had strict rules to never have more than 50 people in the large Amphitheater at one time. There were no congregations of people in discussions that numbered more than ten.

AEW also practiced social distancing at ringside and made sure they weren’t all together. These little things added to the show in a lot of ways to create an immersive viewing experience even though there were zero fans actually present.