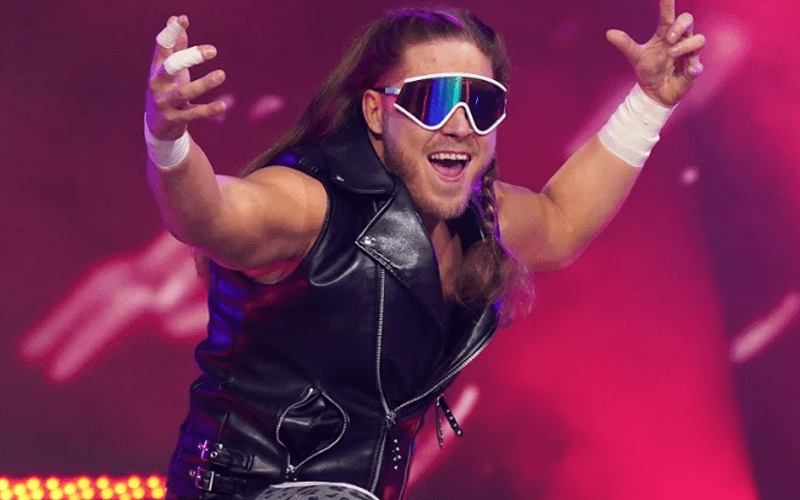 AEW has many stars on their roster with bright futures. A lot of fans can’t wait to see what Joey Janela will do next.

The Bad Boy is now working the indies once again after not taking as many bookings outside of All Elite Wrestling. He seems to be much happier staying busy.

While speaking to Wrestling Inc, Joey Janela explained why he made a return to the indies. He had a flow going before coming to AEW where he was wrestling many times a week. Once he signed with AEW the number of matches he worked was cut dramatically.

“I think I’m back now full-time on the indies. My work was really suffering from the lack of dates. I had a certain flow and once you go from wrestling 4-5 times a week to twice a month, your work is gonna suffer no matter what. Your instincts are not gonna be great.”

Joey Janela was making towns last summer without any issues. He is now working a bit less and he said that he can feel it.

Training in the ring isn’t for him because Janela wants his bumps to matter in front of a crowd. This is one of the contributing factors why he decided to make a return to the indies.

“This past summer I was wrestling hour matches without issue. Now, I feel like I’m not myself in the ring so we’ve gotta start doing indies again. I’m not a guy who goes to train as that’s not my thing. I don’t like to waist bumps as if I’m going to do bumps, they’re gonna be in front of a crowd.”

When Joey Janela told AEW that he wanted to do more shows, there wasn’t much they could do about it. He enjoys working on the indies. It’s not about the money, but Janela wants to be the best wrestler possible.

“They were letting everyone else do indies so there was nothing they could do. The match I had last Saturday with GCW was a 35-minute match. I’m coming back for the work, not to collect a payday. I’m coming back to be the best wrestler I can be to make my future the best it could be.”

The Bad Boy said that he has arthritis and scoliosis. He said that all of the tough traveling he endured for years was the primary culprit to blame for his injury and not simply taking crazy bumps.

“I think that’s because of all of the travel I’ve endured over the past two years in back seats of cars and curled up into little balls in hotel rooms. I don’t think that’s from falling on chairs but I could be wrong,”

Joey Janela is still with AEW. Now that he’s taking more indie dates that opens up his schedule for many more appearances. Hopefully, the extra activity will help dull those nagging injuries as his instincts remain sharp.