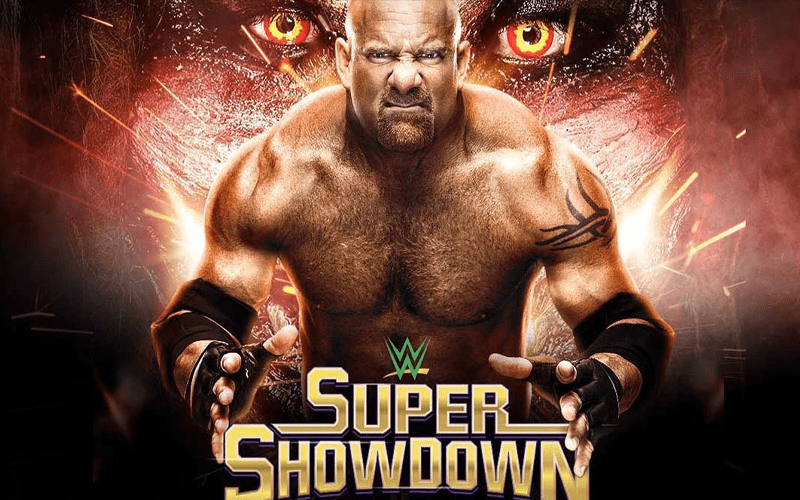 Roman Reigns chains the cage door shut, meaning neither of them will be able to escape via the door. Corbin rushes Reigns and beats him down in the corner. Corbin methodically beats Roman around and grinds his face against the cage wall. Corbin puts Reigns down and starts climbing the cage.

The King is climbing over when Reigns jumps up and attacks him. Roman climbs onto the beam along the top of the cage and throws elbows at Corbin beneath him. Corbin falls into the ring and Reigns tries to escape. Baron grabs Reigns and tries to powerbomb him but Roman delivers ten punches and Corbin falls.

Reigns beats Corbin around and looks to hit the Superman but Baron avoids it and hits Deep Six for a near-fall! Corbin counters Roman and pants him for a two-count and he’s getting frustrated. Corbin takes the key from the referee and tries to open the padlock on the cage door but Roman hits him from behind. Corbin beats him down and goes back to the door. He gets the chain off but Roman grabs hold of him.

Roman holds Corbin’s foot to stop him from getting out. This match is dead af with the crowd and the action ain’t great either. Corbin gets halfway out the cage but Roman slams the door in his face. Reigns attempts the Superman again but Corbin hits a Chokeslam for a near-fall. Corbin wraps his fist in the chain, then goes to the corner and does the Superman taunt but of course he’s the one that gets hit with it and Roman scores a near-fall.

Corbin is up first and he starts climbing the cage but Roman climbs up after him. Both men sit atop the cage and throw hands. Reigns climbs over to the other side of the cage but Baron drags him back over by the vest and both men wind-up on the top rope. Corbin slams Roman’s face into the cage and he falls, but Reigns then pushes his feet and crotches Baron.

Roman hits two Superman punches with Corbin against the cage. Reigns grabs the chain from the cage door and wraps it around his fist. He hits a third Superman punch for the win.