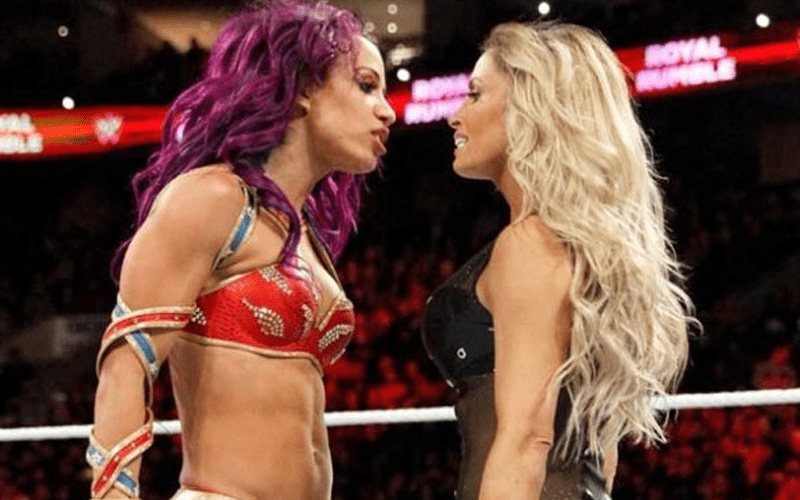 Sasha Banks is currently injured, but she could be coming back to the ring soon. There might be one WWE Hall Of Famer who wants a match against her.

Banks and Stratus had a face to face during the Royal Rumble. They haven’t locked up in a singles match. It seems like Trish Stratus might like to change that.

Trish Stratus recently released a teaser video celebrating 20 Years Of Stratusfaction. At the end of the video, they flashed a quick image of Stratus and Banks.

This little tease was picked up by a lot of fans who remain hopeful that we’ll see Trish Stratus wrestle again. We’ll have to see if Trish Stratus wants to come out of retirement again.