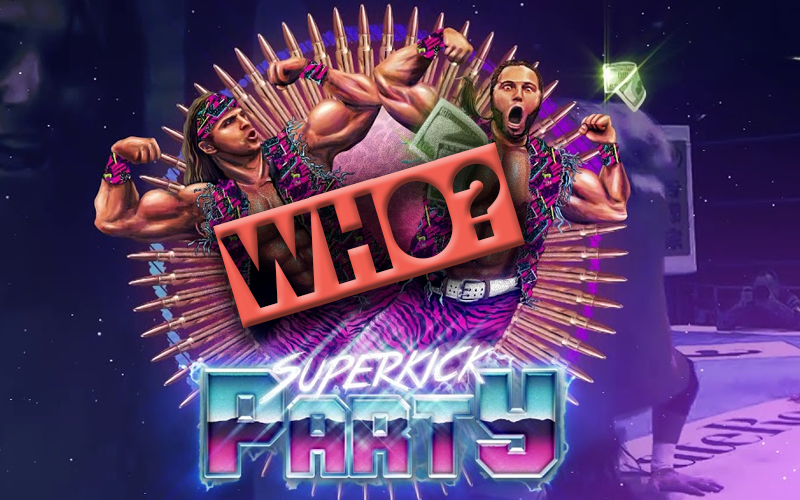 WWE has started using some very interesting verbiage in recent weeks. Drew McIntyre has invited people to a “Claymore Party” on several occasions. Last night The Usos welcomed people in their own way.

Jimmy said that they’re throwing a Superkick Party and everybody’s invited. One might expect a cease and desist letter to arrive in the mail at any minute, but the letter won’t be coming from WWE this time.

The trademark for Superkick Party is owned by Matt Massie which is Matt Jackson’s real name. It was filed on March 2nd, 2015 for “clothing, namely tops, bottoms, t-shirts, and hats.”

We have no idea why WWE is suddenly allowing their Superstars to invite people to parties named after their finishers. The Usos might not want to get too excited about Superkick Parties, or at least they need to keep those words off their merchandise.