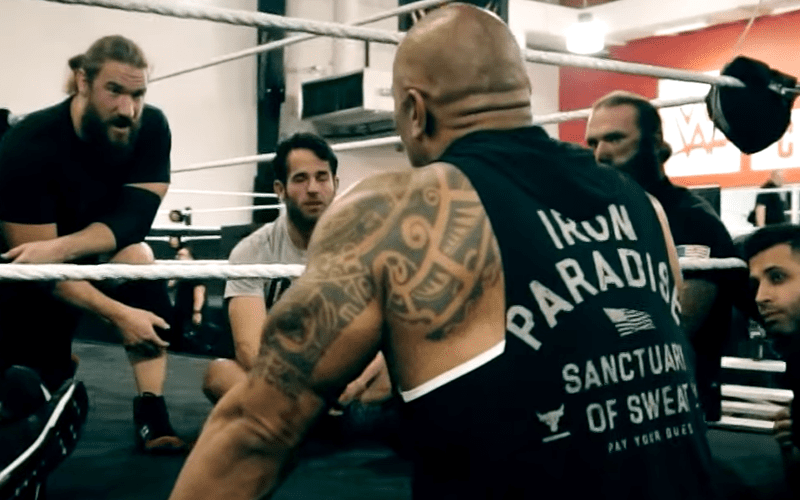 The Rock is a very busy man, but he will always be welcomed whenever he wants to step foot on WWE ground.

The Great One’s daughter Simone Johnson signed an NXT contract. So, The Rock stopped by the WWE Performance Center to spend some time with the Superstars of tomorrow.

WWE released video footage of The Rock’s WWE PC visit. He has a lot of wisdom he can share, and it looks like he fit right in. The WWE Performance Center students really seemed to enjoy having him around.

It might have taken a second to get over the fact that he’s Dwayne Johnson. Maybe since The Rock’s daughter is around the WWE PC he’ll stop by more often.

You can check out the video below to see what The Rock did during his WWE Performance Center visit.