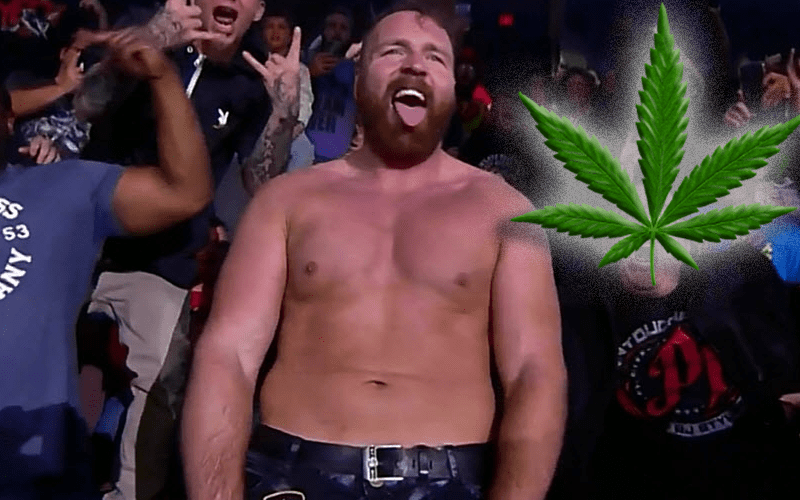 Jon Moxley is the Paradigm Shift in AEW, but that’s not how he started out at all.

While speaking to AEW Unrestricted, Jon Moxley explained how he got started in the pro wrestling business. He began his training young and his home promotion was very into gimmicks.

Mox explained that he was given a stoner football player gimmick and paired up with “another kid” named Jimmy and a cheerleader named Jenn. He said that having a gimmick can really help someone starting out and it seemed to work for him.

“There was another kid at the school named Jimmy and since I was literally like high school age they wanted us to be like stoner football players. I mean they’re gonna make you the biggest stoner jock football player thing and they ended up giving him the same thing as a gimmick and they gave us a cheerleader it was a female cheerleader named Jenn who I’m still friends with to this day. So we’re like this — I still had a practice football jersey from where I played football in high school — so that was what I wore to the ring and like wore white football pants and we do like comedy stuff.”

“We were buffoons like we would accidentally run into each other and stuff like that. Do all this football related nonsense. When you’re starting too it’s easier to start rather than jumping right in and doing serious 20-30 minute matches when you have like a gimmick to rely on, when you have like a shtick yeah, you can figure it out as you go along.”

Moxley also explained how that football gimmick directly contributed to how he got his name.

Jon Moxley’s gimmick is much different in AEW. He is able to play his own music without a team of writers and an old man changing everything. It’s certainly a far cry from the stoner football player gimmick that he started out portraying.