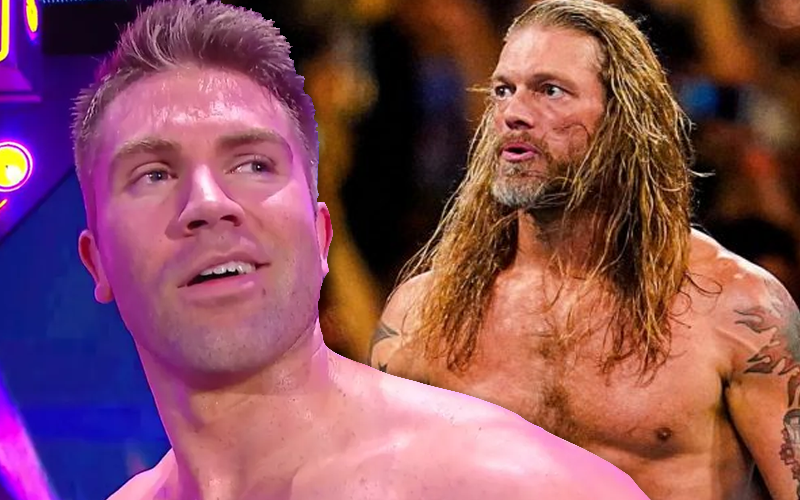 Tyler Breeze has been around WWE for 10 years now. His entry into WWE came before NXT was really going and Edge was still around during his first run. That really paid off for Prince Pretty.

While speaking to Chris Van Vliet, Tyler Breeze discussed his WWE tryouts. He also explained how making himself known during his tryout helped encourage WWE to sign him. Edge might have had a hand in things too.

Tyler Breeze said that he went to a WWE tryout, but he wasn’t hired. Jinder Mahal was the man who received contract that time. He was told to go back to Canada and try again later which he did.

When the time came for his second tryout with WWE, Tyler Breeze had a much better idea about what was going to happen. It was also 2010 and Edge was there.

Breeze said that he went and spoke to Edge. He told Edge that Lance Storm trained him and that caused the Rated R Superstar to perk up. He said that Storm told him about Breeze. He didn’t have a chance to watch his match, but he did go back and rewind the tape to watch it later.

Tyler Breeze went on to say how Edge didn’t have to do that for him, but he did. Edge gave Breeze some critiques and went out of his way to help. Prince Pretty chalked it up to them being Canadians.

He said when the time came to offer a contract during his second tryout his name was called. Tyler Breeze didn’t believe it at first, but WWE hired him on the spot.

Later on, he asked why they hired him over everyone else. Tyler Breeze was told that it came down to him and Tony Nese who looked ripped back then just as he does now. They told Breeze that he was chosen because he talked to everyone and Nese “blended in” to the tryout.

Edge was also in the meetings where they decided who would get a contract that day. In a way, Tyler Breeze thanks everyone who was there that day, including Edge.