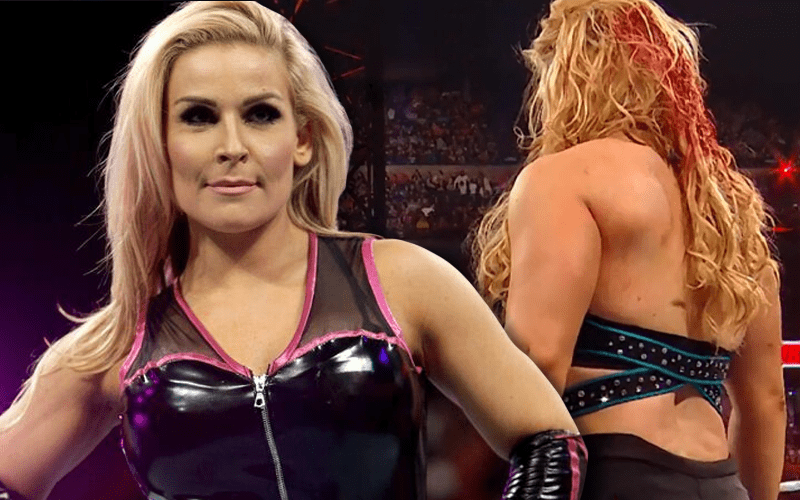 Beth Phoenix impressed a lot of fans at the Royal Rumble this year. She almost won the big match. She also competed through much of it while bleeding heavily from the back of her head.

The Glamazon was busted open when her head hit the back of a ring post. Phoenix kept wrestling on and completed every spot she had planned. Natalya was there and saw how Phoenix gutted through it first-hand as she spoke to WWE The Bump.

“Yeah, her head was covered in blood. She cut her head early on in the match, but she’s such a relentless, fearless warrior. That’s just a testament of who Beth Phoenix is and that’s why she has stood the test of time in this industry and why so many women all over the world and especially in the women’s locker room look up to Beth Phoenix.”

Beth Phoenix can be seen and heard every week on WWE NXT as part of the commentary team. It’s still nice to know that Beth Phoenix can still get in there and perform at a high level just like old times.