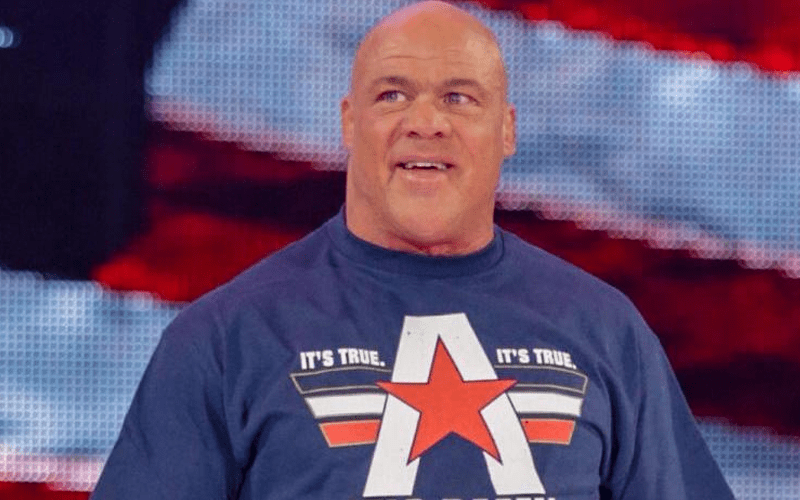 WWE has their next three generations’ worth of Superstars ready to be called up at this point. The company is doing a good job fostering talent and getting them ready for that next level.

Kurt Angle isn’t wrestling anymore. In fact, his body isn’t really doing all that well at this point. He is a bit broken down, but he can still assist in producing matches backstage for WWE.

While speaking with Sportskeeda, Kurt Angle revealed who he sees as future main eventers for the show of shows.

“The main event [next year at WrestleMania]? Two wrestlers? Gosh, there are a lot of guys, a lot of guys. I don’t know. Roman? [Kurt laughs] Like he’s not already main-evented four times – but I’m sure he’ll main event, and I would say… Who’s the guy? I like Andrade! I think Andrade might main event WrestleMania, he’s ready.”

“The following year, I’d say Aleister Black. Those two guys are… And Buddy Murphy, don’t count this guy out. He’s going to come on strong this next year. Those three guys are changing the game. There’s a new style and if you watch them, you’ll see what I’m talking back.”

Kurt Angle could very well be a big part of many future WrestleMania events. He obviously has his eye on a few Superstars who will help lead the company into the future. We’ll have to see how long it takes for Aleister Black, Andrade, or Murphy to make it to the main event, but they certainly have all the potential in the world to make it possible.