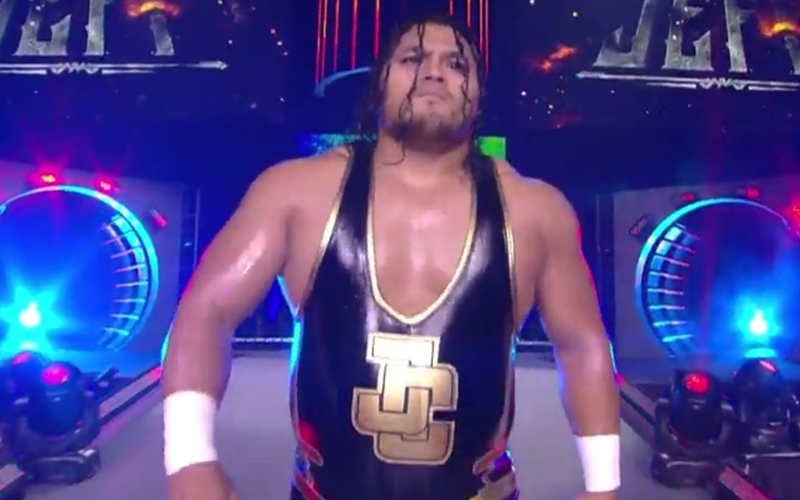 Jeff Cobb showed up on AEW Dynamite as a hired gun of Chris Jericho. He is a free agent and is free to do as he pleases. Right now he is taking a date with All Elite Wrestling.

Cobb has a match scheduled against Jon Moxley next week on AEW Dynamite. He was also on this week’s show. PW Insider reports that those are the only two bookings for AEW that Cobb currently has on his calendar.

As of today, Jeff Cobb is only booked for next Wednesday’s Dynamite in Atlanta.  His status with Ring of Honor and New Japan remains unchanged.  As we reported yesterday, he is not signed to anyone and can work anywhere he wants.

Next week’s episode of AEW Dynamite should be a big one. The company is holding their first cage match with Cody and Wardlow. Jeff Cobb vs Jon Moxley should also be a hard-hitting match as well.

We’ll have to see if All Elite Wrestling and Jeff Cobb can work something out so he can continue with the company after this.