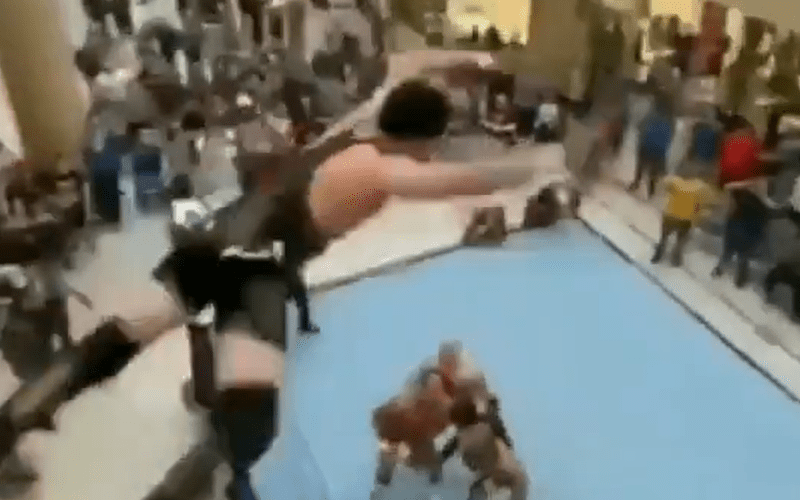 You can do a lot of things to get noticed on the indie wrestling scene. Jumping off of a mall balcony is definitely one of the most daring ways to get attention.

WildKat Sports and Entertainment held a show at the Esplanade Mall in Kenner, Louisiana. This mall show was attended by wrestling fans and people who just happened to be shopping on a Sunday.

During a match for the Wildkat Tag Team Titles, PJ Hawx took full advantage of the fact that they were performing at a mall.

The match was Fly Def consisting of Warren Johnson and Zack Mason vs. champions The Hawx Aerie consisting of Luke and PJ Hawx. The closing moments of this match saw PJ Hawx find his way to the second floor of the mall where he preformed a daring dive onto his opponents.

This 15-foot dive was captured on video which you can see below. In the end, this extremely dangerous move helped his team retain the Wildkat Tag Team Titles.