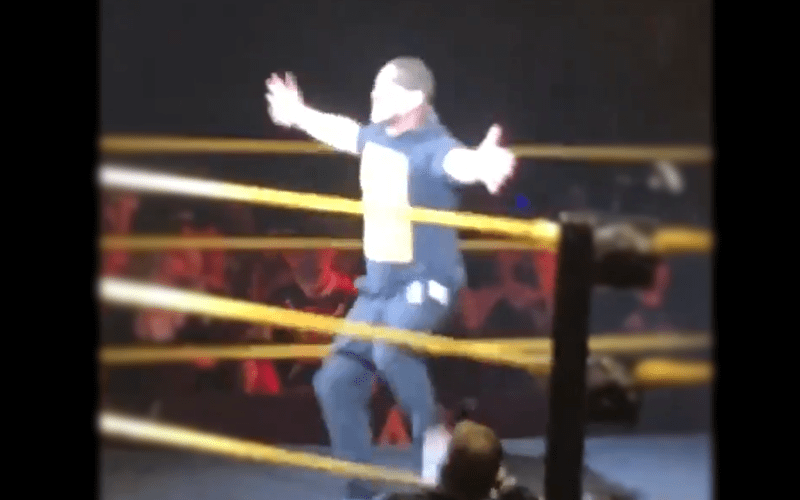 Scotty 2 Hotty doesn’t wrestle anymore but he hasn’t left the business at all. He’s still with WWE as a coach at the Performance Center. He also recently called into WWE The Bump where The Street Profits put over how influential he was to their career.

During NXT’s recent live event in Phoenix, the former Too Cool member found himself in the ring. The crowd was incredibly excited to watch Scotty perform his famous Worm.

This wasn’t during a match, but it was still a great moment for the fans in Phoenix. The NXT Superstars in the ring like Velveteen Dream, Pete Dune, Matt Riddle and others had smiles on their faces as well.

You can check out the clip below. Scotty 2 Hotty might not be wrestling anymore but he can still bust out a Worm like old times.