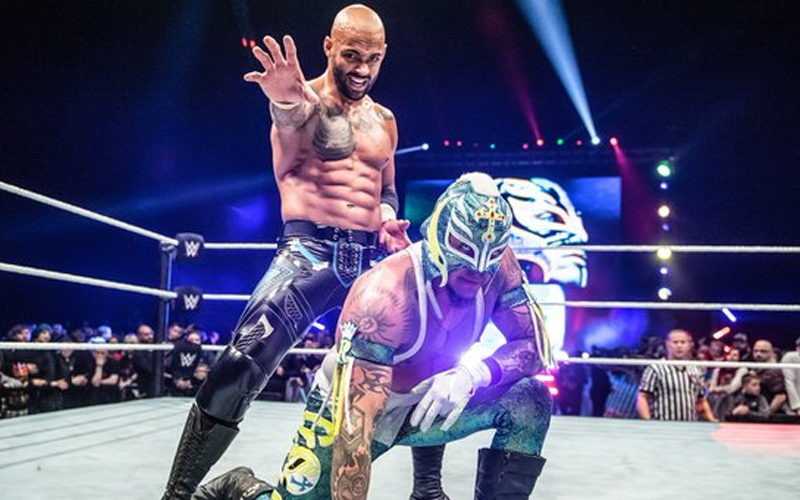 Rey Mysterio is a legend and there will never be another like him. He is also aware that others will walk in his footsteps. In his eyes, Ricochet is totally ready.

While speaking to BT Sport, Rey Mysterio praised Ricochet. When he gets home from the road pro wrestling isn’t something Mysterio wants to watch. There seems to be something special about Ricochet so he makes an exception.

“[Ricochet] was one of the first Superstars that really impressed me. When you’re in this world and you come home the last thing you wanna do is watch wrestling or hear about other wrestlers. I secluded myself pretty well. You know I was home for 2 or 3 days a week and it was family time specifically, but there’s gotta be a point where you see your competition, who’s up and coming and he’s one of the guys who really stood out to me. He’s been doing incredible, man I personally feel he is the next Rey Mysterio.”

Those are some pretty big words of high praise from a legend like this. Ricochet has only started his career in WWE, but the accolades don’t stop coming for The One And Only.