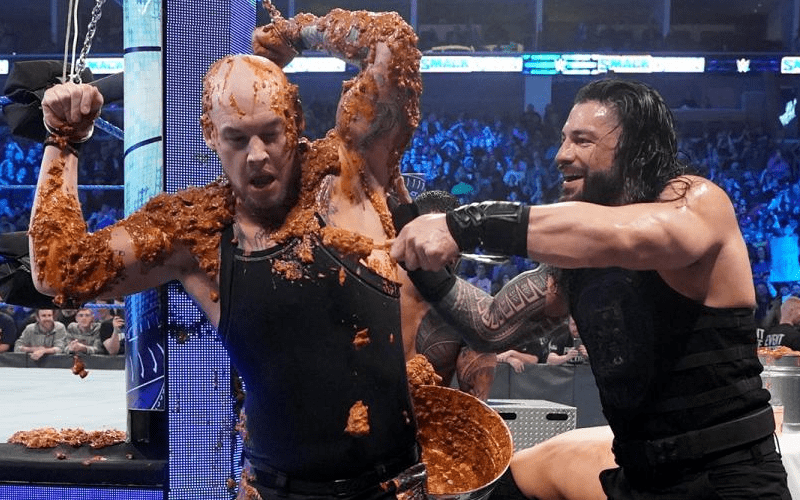 The Rock had a very interesting nickname for King Corbin. He called him “Super Tough Dude” or STD for short. The crowd never started chanting “STD” like the Great One wanted, but maybe that was for the best.

Reigns got to shower King Corbin in dog food. Apparently, WWE writers did a Google search between Reigns’ last dog food angle on television and last night. Suddenly, they realized it is a fetish so Reigns called Corbin “Fetish Boy.”

Later on, Reigns thanked Corbin for allowing him to re-live his childhood by reenacting a bit from the Robin Williams classic “Hook.” Then he called him Fetish Boy once again.

Kid in me always wanted to do that! Thanks for letting me live that one out, Fetish Boy!

King Corbin tweeted out a response saying that he’s seen better days, but the bottom dropped out. Let’s see what’s next for him, but that Fetish Boy nickname might just stick.