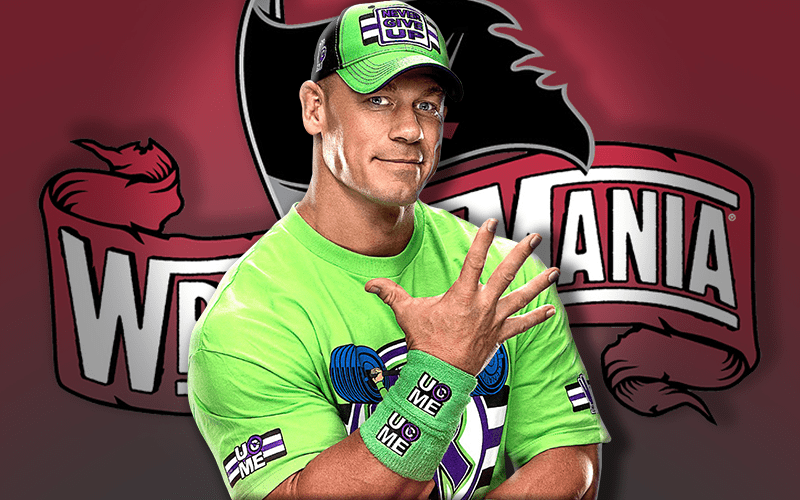 While speaking to Sports Illustrated, John Cena discussed the possibility of working a match at the show of shows this year. He said to perform on the grandest stage of them all would be “a gift.” He realizes how special a spot on WrestleMania is and he has faith in Vince McMahon to let him know when he’s needed.

“Performing at WrestleMania this year would be a gift. I haven’t been intertwined in the machine of the WWE. I know those WrestleMania spots are few and far between.”

“I’ve expressed that I’m off. But I’ve also expressed that I live in Tampa. I will for sure be at the event and I have great trust in the process and I have great faith in Vince McMahon not only as a boss, but as so much more than that. As a friend, as a mentor. If he were to tell me that he needs me, I would absolutely be active in whatever capacity, whether it would be like last year in New York rapping my way to the ring or the year before being a fan in the stands. There is no job too small. ”

John Cena will be in town for WrestleMania. He hasn’t been even teased for a spot on the show of shows this year. It sounds like John Cena should be expected.

It was previously reported that Cena would like a substantial role at WrestleMania this year. He doesn’t get a lot of time off, but Vince McMahon might be able to come up with something for him to do.