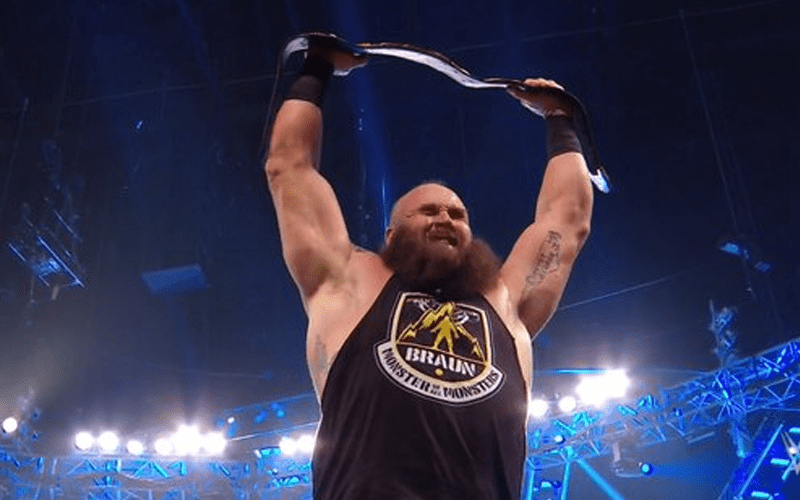 Braun Strowman has been through a lot in WWE. He followed the buzzards. He was a tag team champion with a referee’s son. Now he is the WWE Intercontinental Champion.

Click her for our complete WWE Friday Night SmackDown results.

Braun Strowman and Shinsuke Nakamura did battle this week on Friday Night SmackDown. Sami Zayn tried to get involved, but he exposed a turnbuckle that Nakamura ended up taking to the head. After a running power slam, WWE got a new IC Champion.

This is Braun Strowman’s first singles championship in WWE. He got ample opportunity to celebrate on television after his big title win.