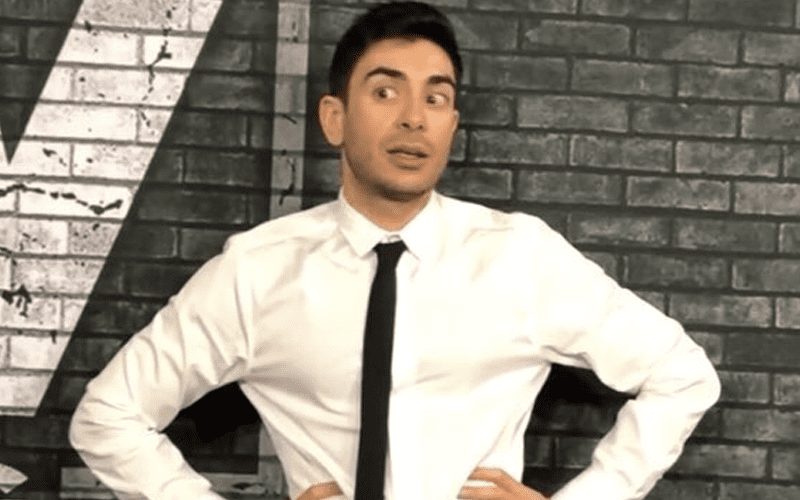 WWE and AEW are in the same business. AEW has taken a few shots at WWE during their time as a company. It appears that WWE might be taking a little shot as well.

Fightful Select reports that there is word going around that Robert Stone’s new gimmick could be a rib on Tony Khan. It was said that Stone performed a gimmick like this as Robert Strauss, but “elements” have “definitely” been added that weren’t there before AEW.

Rumors that the Robert Stone character was a rib or based on Tony Khan were denied to me by people within WWE this week. It was reiterated that Robbie E was portraying the character years before he got to WWE, as Robert Strauss. There are elements that definitely weren’t there before AEW, though.

We’ll have to watch Robert Stone’s character even closer now. It will be very interesting to see if AEW creates a new character as a retaliatory measure.

Do you see the similarities?