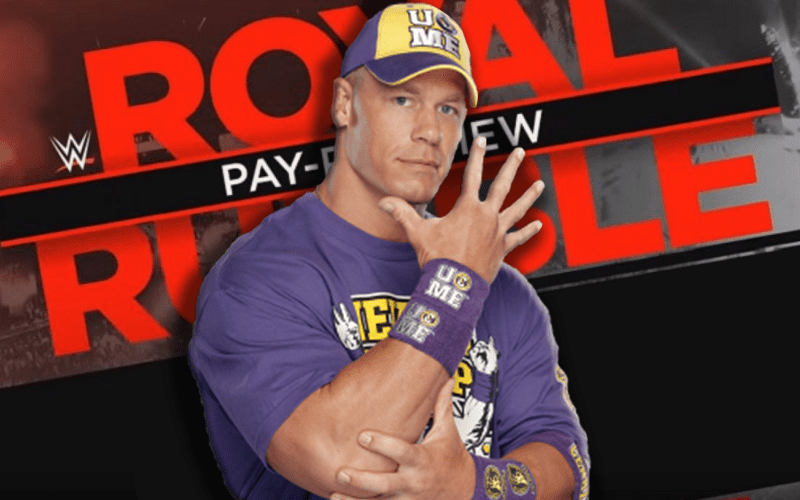 John Cena did not wrestle at all on a WWE pay-per-view in 2019. Let’s see if he changes that this year.

Cena’s name was brought up during Friday Night SmackDown this week. He also teased the Royal Rumble on his Instagram. Brad Shepard reports that none of this was an accident so we might see Cena sooner than later.

According to a source in #WWE, John Cena’s name was mentioned internally on Friday. It sounds like he’s a possibility for the #RoyalRumble match.

We previously reported that John Cena wants a “substantial” WrestleMania role this year. Showing up during the Royal Rumble event would definitely be a good way to make sure he wrestles at the show of shows.