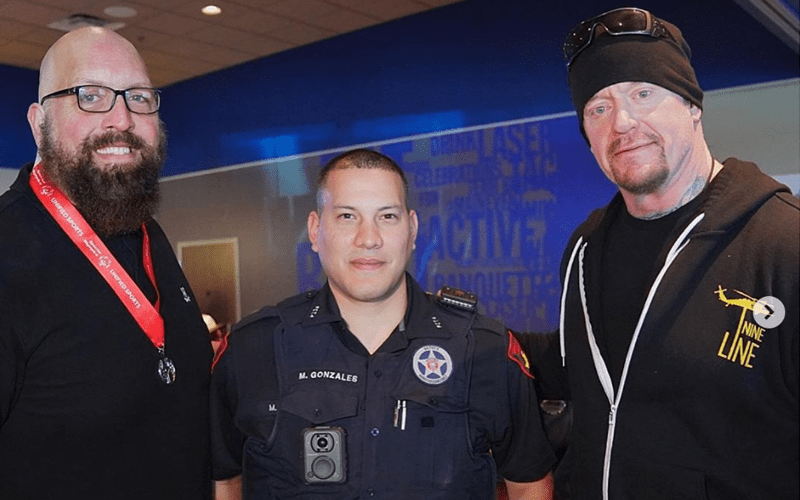 The Royal Rumble is just a matter of hours away at this point and the Undertaker is around. He lives in Texas, but The Dead Man spent some time with Special Olympics athletes yesterday in Dallas.

Taker and Big Show were there to see some of the athletes. They had a great time as The Undertaker posted on Instagram showing off some pictures from the event.

With some @specialolympics athletes and the World’s Largest Athelete @WWETheBigShow yesterday in Dallas. #RoyalRumble

We previously reported that The Undertaker is in Houston ahead of the Royal Rumble. With the road to WrestleMania starting up soon we’ll have to see if The Undertaker shows up on Sunday.