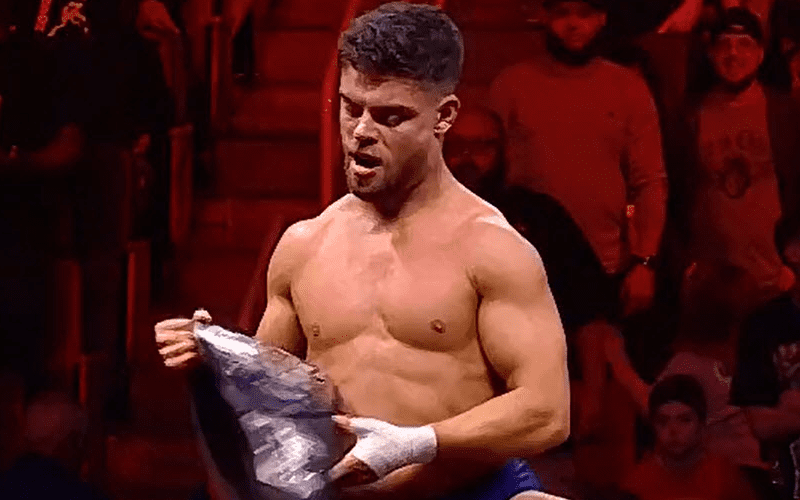 WWE debuted a brand new NXT Cruiserweight Championship before Worlds Collide. Then during the event the new title found a new home.

Following his big win, Jordan Devlin grabbed a microphone and announced that he is pound for pound the best sports entertainer on the planet. The Irish Ace is now the NXT Cruiserweight Champion.