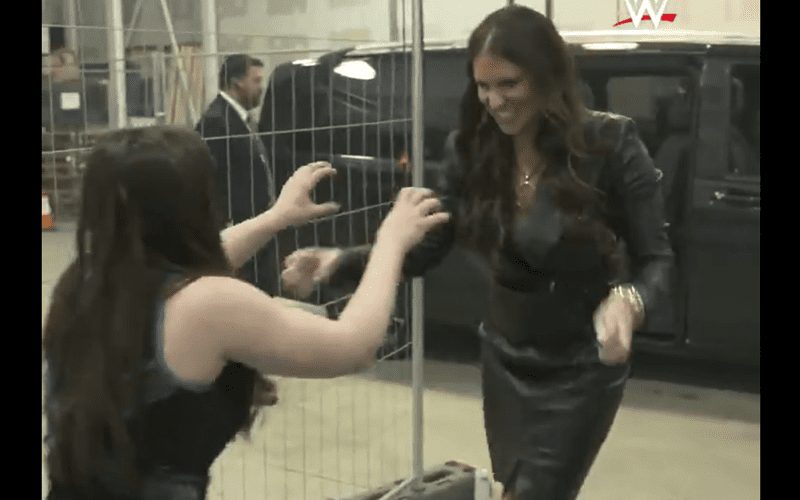 Stephanie McMahon might not be around backstage as much as she once was. Apparently, she’s been able to become quite friendly with Nikki Cross.

WWE On BT Sport’s Twitter account posted a video of Stephanie McMahon and Nikki Cross sharing a moment. They did a pouncing tiger pose to each other and were all smiles. McMahon said that Cross belongs to America now.

The video was posted along with the following caption:

We are so here for the @StephMcMahon and @NikkiCrossWWE friendship

We absolutely love this!

Stephanie McMahon does a lot of outreach activities and Nikki Cross has appeared at several of those. They might have gotten to know each other that way, but they have certainly seemed to spark quite a friendship.