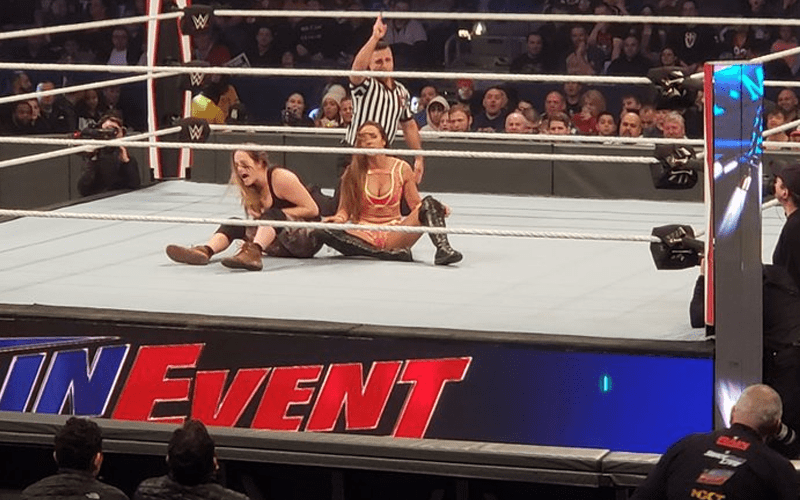 Last week Chelsea Green made her big debut on WWE Raw. This week she appeared on Main Event.

Green wrestled Sarah Logan before Raw this week. This match appears to have been taped for Main Event.

The interesting part is that Chelsea Green defeated Sarah Logan. This makes us wonder what WWE might have planned for Chelsea Green.

The former Impact Wrestling Knockout has yet to make her debut on NXT’s television show. She has worked NXT’s house shows, but now she’s making appearances on main roster television two weeks in a row.