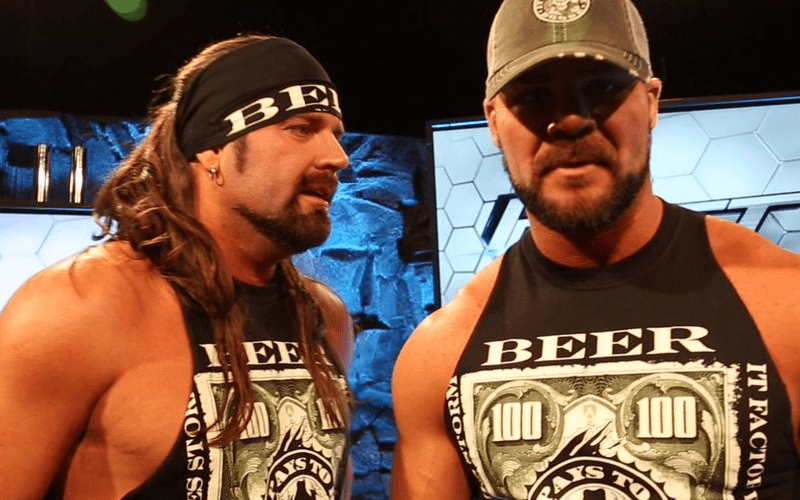 James Storm spent an incredibly brief moment in NXT. Then nothing came of Storm in NXT for one reason or another. Now that it’s been a couple of years Storm might be ready for NXT.

WWE tweeted out a video listing top 5 surprising NXT appearances. James Storm’s NXT debut was the top of the list. This caused James Storm to respond with a couple of interested emojis.

Another fan suggested that a Beer Money reunion is long overdue. Storm replied that it’s up to the powers that be on that one.

Storm’s Beer Money tag team partner Robert Roode is currently out of action while serving a 30 day suspension for failing a wellness policy test. You never know what 2020 could have in store for fans, but James Storm sounds game if WWE wants him.