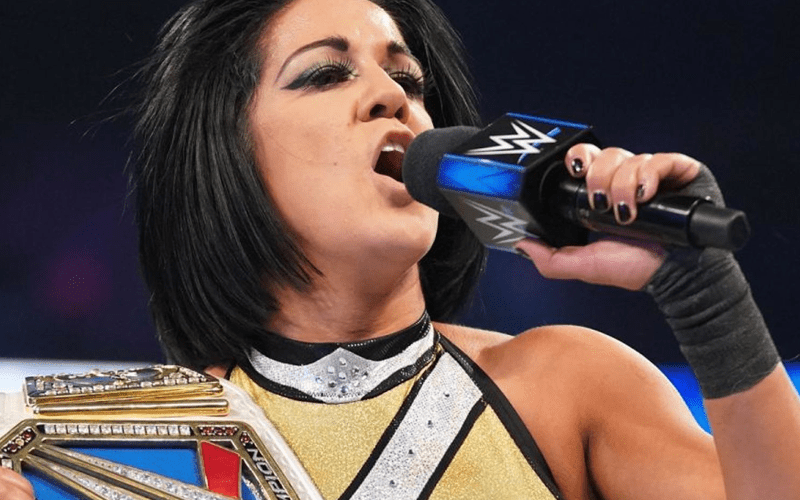 Bayley is now the longest running SmackDown Women’s Champion. She topped the list with two reigns and now she is celebrating her accomplishment.

While speaking to WWE, Bayley was quite happy about breaking this latest record. She went on to throw some shade and talked about how being a role model didn’t pay off. Now being a bad Bayley is working just fine for her. She concluded her little promo by wishing everyone a Happy New Year, idiots.

“So, you sheep seem to be surprised that once against Bayley has made history in the WWE as the longest combined reigning SmackDown Women’s Champion. There’s 365 days in a year and I have been your champion for 217 of them. Don’t even mention the 49 days that Sasha Banks and I were the inaugural Women’s Tag Team Champions!”

“99 days that I wasn’t a champion, you know what I was doing? I was being a role model for your kids. I was being a leader for this locker room. So, it’s about time you guys start to recognize what’s in front of you right now because I have taken over this decade. And I’m going into 2020 as your SmackDown Women’s Champion and as the best role model you have ever seen. Happy New Year’s, you idiots.”

The Bayley Buddy murder was included in WWE’s most shocking moments of 2019 for a reason. It appears that she’s not done with her SmackDown Women’s Title reign at all.