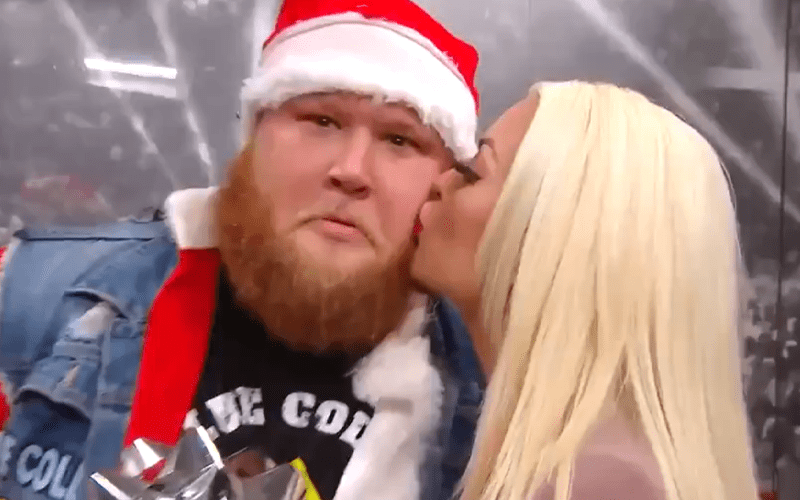 Oh yeeeeah. For a guy who broke into the WWE Universe by yelling “pretty lady” at Alexa Bliss, Otis might have finally got the girl.

Mandy Rose picked Otis’ name in the Secret Santa so she got Otis a ham. Otis likes ham, but he might like Mandy Rose even more.

When Mandy Rose kissed Otis on the cheek, people wanted to know who he was. The also wanted to tweet about him. Then when his sweaty frame hugged Mandy Rose and left her drenched, he trended even higher on Twitter.

You can check out a screenshot of Twitter’s trending list below. This was taken with the worldwide setting. So, at the time of this writing Otis was the #9 most tweeted about topic on the social media platform.