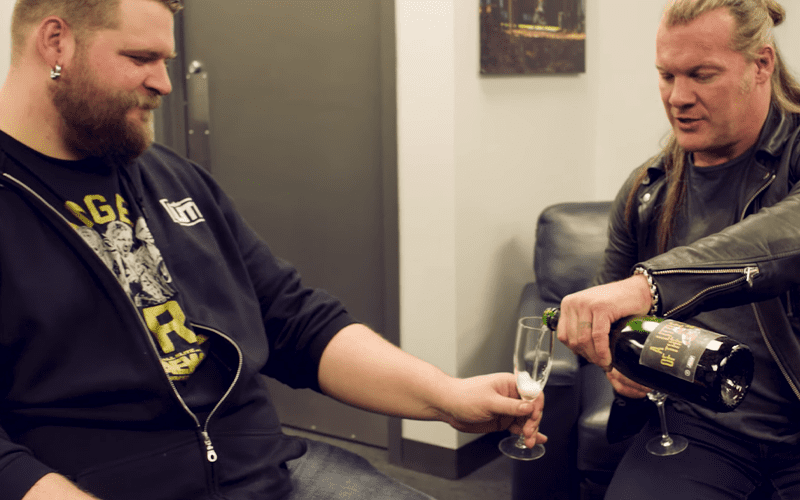 AEW has a lot of fans and Tony Khan was more than happy to bring his pro wrestling company to his hometown of Champaign, Illinois. One lucky AEW super fan got a once in a lifetime opportunity as Cody and Brandi Rhodes surprised him at work, but they didn’t come alone.

Justin is an AEW super fan and he just thought he was being interviewed about being an AEW fan. Then Cody and Brandi Rhodes showed up and he was floored. Brandi then informed him that they upgraded his fan experience and gave him backstage access.

They brought in another individual, Tony Khan. He thanked this fan and said that people like Justin were responsible in letting AEW know that they have a fan base in Champaign, Illinois as well.

You can check out the video below as Justin got to meet plenty of the AEW stars including Le Champion Chris Jericho. Then they broke out a little bit of the bubbly. Needless to say, this was something he didn’t expect to happen at work that day.