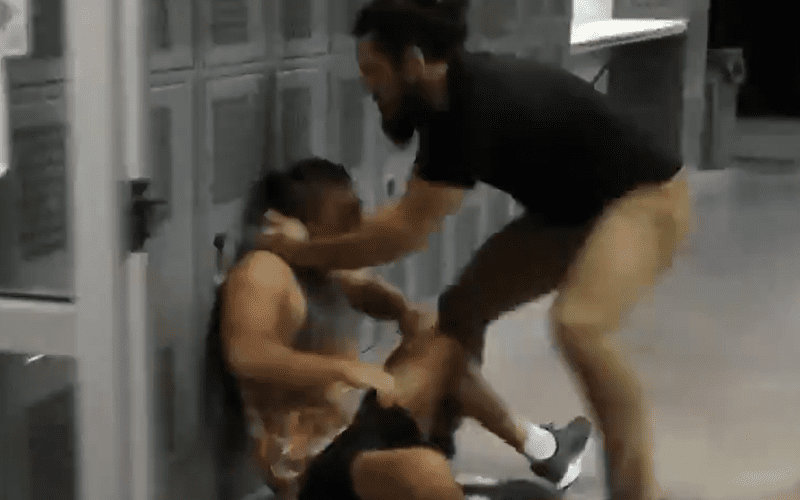 WWE always has people working at the WWE Performance Center. You never know what can happen when you have such a competitive nature as well.

They were filming at the WWE PC when a fight broke out in the background. Luckily, they were able to get a closer look of the altercation. Cameron Grimes wasn’t messing around and he wanted to make an example out of Kushida.

Grimes bashed Kushida’s head against the lockers a few times before laying in some kicks. “You don’t embarrass Cameron Grimes!” he kept screaming as people tried to pull him away.

You can check out the video below. It certainly looks like these two aren’t done with each other. Kushida just returned from injury so he’s still looking to make a big impression in NXT as well.