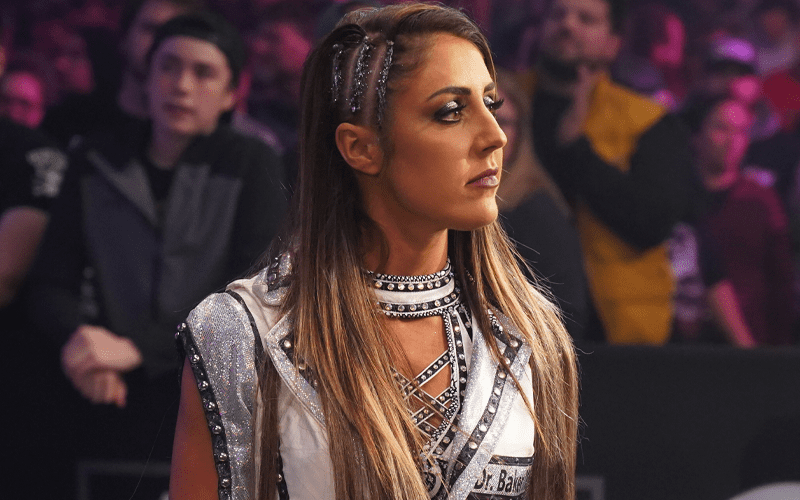 Britt Baker was the first female other than Brandi Rhodes who was publicly announced with an AEW contract. This revelation reportedly cost Baker some ROH dates.

Fightful reports that Britt Baker had “about a half-dozen dates” left for ROH when she signed with AEW. All Elite Wrestling stars were allowed to fulfill previous commitments before the company opened their doors.

It is reported that Baker’s ROH dates were cut and Joe Koff told people backstage that ROH “didn’t feel like they owed Baker anything” in regards to keeping her dates.

Baker did have some people “go to bat” for her so she could have a five-minute match against Kelly Klein. This only took place after she arrived at the venue and found out that ROH pulled her from the show.