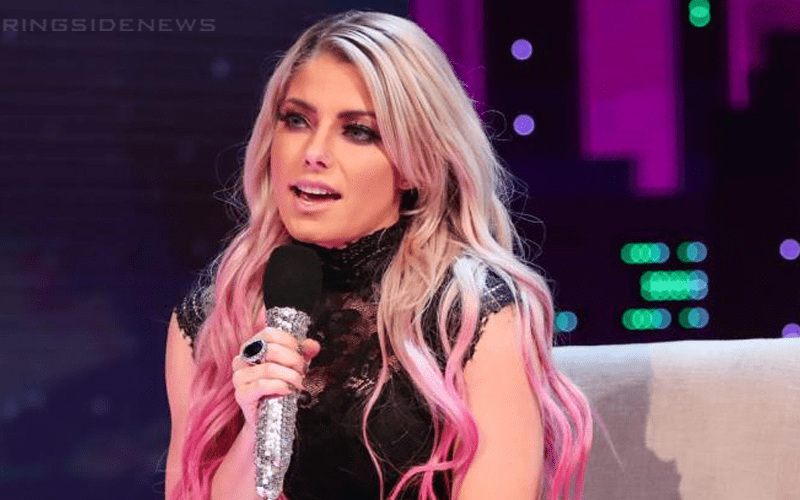 Alexa Bliss is pretty good at riling up a crowd. She can throw shade with the best of them and is very good at getting heat. Now that she’s a babyface, her abilities to get people to despise her might not be needed as much.

The Moment Of Bliss host recently saw a clip of herself throwing some shade in an older promo. She watched herself in this clip as she dragged the Midwest for being full of slow people. Then Bliss commented in a way that seemed to imply that she wants WWE to hand her the mic again.

Alexa Bliss just made her big return during Friday Night SmackDown last week. There’s still time for her to cut a promo in the near future. One thing is for sure, WWE doesn’t seem to be letting Alexa Bliss have the microphone time that they used to.