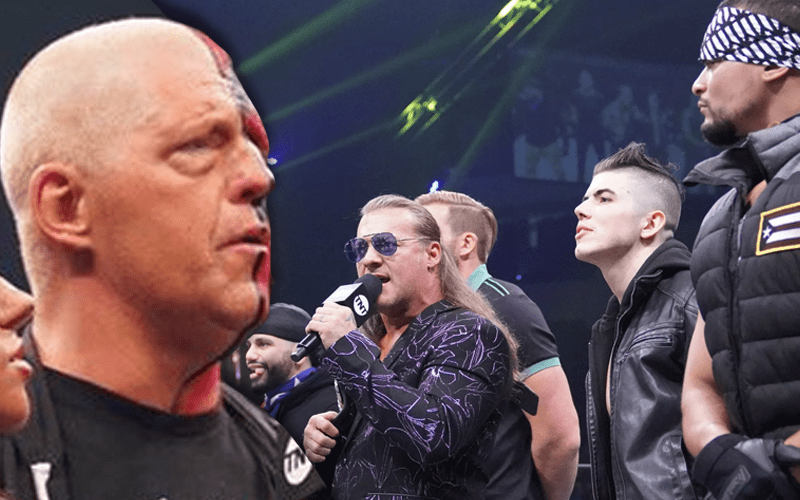 Dustin Rhodes has a big vendetta against Chris Jericho’s Inner Circle. He was the victim of a backstage assault that left him injured and unable to wrestle. He will see them all fall down if you as The Natural.

The former Goldust tweeted out that it is only going to be a matter of time before every member of The Inner Circle falls. Rhodes can’t wait to be there to watch it happen either.

It is just a matter of time before each one of the #InnerCircle falls. I will be there to make it happen.

Jake Hager is largely responsible for Dustin Rhodes’ broken arm. For some reason, Hager hasn’t wrestled yet even after his last Bellator fight. It seems like he won’t have to look hard for an opponent because Rhodes is likely to be waiting for Hager whenever he is ready to wrestle for AEW.